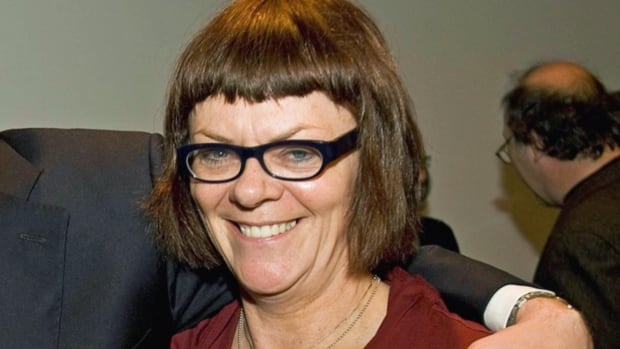 Well-known national newspaper columnist Christie Blatchford has died at 68, according to the newspaper she worked for.

The Quebec-born Blatchford, who worked at the National Post, Globe and Mail and both the Toronto Sun and Star, was diagnosed with late-stage lung cancer in the fall of 2019.

A multiple-award winner, Blatchford wrote about a wide range of issues, but was best known for her columns on crime and Canada’s justice system. She also worked as a war correspondent.

Blatchford was inducted into the Canadian News Hall of Fame last November. Upon her induction, she told the Post why she was drawn to crime and war stories.

“It’s usually about life and death, so that makes it something really important,” she said.

“It’s about processes that are important to the country, whether a military process or criminal court process, because we all depend on these f–king things to keep the balance. I don’t give a f–k about a celebrity book or any kind of other story. I care about stories that tell us why the system matters, why things are worth protecting, why the rule of law is important.”

Words of remembrance for Blatchford from colleagues and the people she covered as a journalist were quick to pour in on social media.

Ontario Premier Doug Ford was among those who offered his condolences.

“My sincerest condolences to her family, friends, and fellow fans.”

“She worked tirelessly to shine a light on the justice system and how it works or sometimes doesn’t work — always with a focus on getting the story right and getting people to do the right thing,” he said.

“Christie was a tough, fair journalist who was strongly committed to print journalism — she worked at all four Toronto newspapers — and on the radio. She was courageous — never afraid to tell it as she saw it — and leaves behind a legacy of fearlessness that will hopefully inspire journalists for generations to come.”

Blatchford moved to Toronto in high school, and started her career in The Globe and Mail’s sports department, after being awarded the Joe Perlove Scholarship for graduating at the top of her journalism class at what was then Ryerson Polytechnical Institute in 1973.

She bounced around Canada’s major newspapers in the coming years, starting with the Toronto Star in 1977 as a features writer, before moving to the Toronto Sun in 1982.

She wrote for the National Post from 1998 to 2003, before heading back for a stint at the Globe and Mail. Blatchford returned to the Post as a national columnist in 2011.

The award-winning columnist thanks her editors and members of the Canadian Armed forces after winning in 2008. 1:42

Her last column came in October, after the Liberals’ federal election win.

“Where the results show most Canadians forgave Trudeau or moved on or simply didn’t much care about airy-fairy concepts like prosecutorial independence, I could hardly believe that he kept emerging unscathed, that people weren’t laughing out loud at his nose-stretchers, that the head-bobbers of his caucus kept at it so faithfully,” Blatchford wrote.

“Clearly, I experienced the campaign and the election differently.”

Blatchford was no stranger to awards. Her book Fifteen Days: Stories of Bravery, Friendship, Life and Death from Inside the New Canadian Army, won the Governor General’s Literary Award in 2008. She won a National Newspaper Award for column writing in 1999.

Blatchford also won the George Jonas Freedom Award last June, which recognizes a person who has “contributed significantly to advancing and preserving freedom in Canada.”

Her work also brought controversy. For example, a 2013 column about Nova Scotia teenager Rehtaeh Parsons, who was sexually assaulted and later took her life, drew considerable ire for what many saw as victim blaming. It led Parsons’s mother to write a message to Blatchford on Facebook, calling the column a “biased, degrading and harassing article.”

After winning the George Jonas Award, Blatchford told the Post that ensuring truth trumps everything else.

“Freedom of the press, the freedom to cover things fearlessly — that is, without fear of offending your readers — is more important than ever,” she said.

‘I still don’t believe that it happened’: Family, friends mourn victims of plane crash in Iran

On Wednesday morning, Richmond Hill, Ont., resident Hamed Esmaeilion called the Adrienne Clarkson Public School to explain why his nine-year-old daughter Reera would not be in class.   “I usually call when she’s absent, usually she’s not. I told them that Reera will be absent forever,” says Esmaeilion, overcome with emotion.  Esmaeilion’s daughter and his wife Parisa Eghbalian were among the 63 Canadian passengers […]

A 65-year-old Canadian found having a “possible drug overdose” aboard a sailboat loaded with jugs of liquid methamphetamine last spring has pleaded guilty to a federal drug charge. Prosecutors will recommend John Phillip Stirling serve a little over seven years in prison as part of a plea agreement, the U.S. Attorney for Oregon said. Stirling also […]