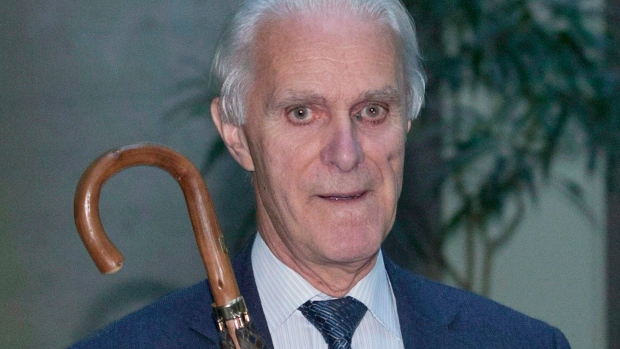 MONTREAL — Canada’s Justice Minister David Lametti is ordering a new trial for former Quebec judge Jacques Delisle, convicted in 2012 of the first-degree murder of his wife.

The Canadian Criminal Code allows for a review of a conviction.

But before deciding to order a new trial, the minister of justice must be satisfied that there are “reasonable grounds to conclude that a miscarriage of justice likely occurred.”

That is the case here, because new information has come to light that was not before the courts at the time of Jacques Delisle’s trial and appeal, the justice minister said in a news release.

This does not constitute an acquittal: Jacques Delisle will have to stand trial again.

He had been sentenced to life imprisonment without the possibility of parole for 25 years.

In 2013, the Quebec Court of Appeal had rejected his appeal and the Supreme Court of Canada then refused to take up the case.

– This report by The Canadian Press was first published April 7, 2021.

TORONTO — Ontario has entered a third wave of COVID-19, the province’s hospital association says. In a tweet published on Monday, the Ontario Hospital Association (OHA) said that variants of concern are steeply rising and the number of patients in intensive care is trending upwards. “We’re now in wave three,” the OHA said, adding that […]

Jacob Fillmore stands in protest outside the Nova Scotia Legislature, just like he’s done for the past 17 days, but now he’s holding up a new sign that reads, “Give me my damn meeting.” Fillmore says he was stood up by Chuck Porter, the minister of lands and forestry, who was supposed to meet with the […]

VANCOUVER — Police have confirmed assault charges have been laid against two men following a heated confrontation over masks at a Vancouver pizza restaurant. Authorities confirmed Thursday that James Henry Davidson and Brenton Thomas Woyat are both charged with assault. Video of the confrontation, which played out late at night on Feb. 20 at a […]